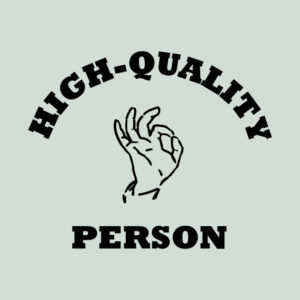 “What can I write in my profile to attract the kind of person I’m looking for?” This is a question I get from clients almost daily. In their mind, they have a target partner. Let’s say this “target” is a man in his 60s, well-educated, has grown kids, and lives in New York City. Or maybe this “target” is a woman in her mid-30s who is open to dating men with kids but also wants to have her own, lives in San Francisco, likes cats, and has been to Burning Man.

First, there’s a small problem here. While, yes, everyone has a “type,” I would not recommend being so narrow as to only look for who you think you want to be with. Someone may very well surprise you who is outside your normal realm of preferences. But there’s a bigger problem…

Here’s the issue with wanting to write to attract a certain type of person — we have no idea what that person is actually looking for!

I got this email the other day from a client:

“It just occurred to me that the last woman I dated was interested in my scuba diving picture from the beginning. It was the first thing she asked about, and we initially bonded over our shared experience in water adventures.

I’m looking for a woman who is as physically adventurous as I am, which means I’d like her to be comfortable with the risk level of scuba diving even if she’s not interested in that particular activity. (Though I haven’t been diving in probably six years.) Would you feel comfortable asking some of your single female friends if they think it’s a good fit for the profile?”

I’ve certainly never gotten that request before! But here’s the thing: No singular response is representative of “the type of woman” he’s looking for. I replied very simply, below:

“Thanks for asking! Here’s what I will ask you: Is scuba diving a representative part of your life? If yes, then we should include it. If not, then we shouldn’t. We could ask 10 women and get five for it and five against it, so what really matters is how well it gets to who you are.”

Swap scuba diving for anything, and the same is true. Your profile should represent who you are, not try to game the system into attracting someone in particular. Because whatever we think that person wants, we’re probably wrong. So just be yourself! The people who are attracted to you are the ones who like you for you, not because you tried to fit yourself into some mold.

To drive the point home, let’s look again at my first example: The target man in his 60s, well-educated, has grown kids, and lives in New York City. You might think, “Well, he probably wants someone also well-educated, so I should play up the fact that I have a PhD. And he likely wants someone who lives in the city, so I’ll mention that I’m in the East Village. And I’m guessing he likes someone with a more serious side, so I’ll be sure to show a photo of me doing something important.” Yes, someone may want this persona, but in reality, this man may instead want a woman who is nurturing, lives in the suburbs, and has a passion for dancing. The point is that we just don’t know.

So just be yourself. Make sure your profile and photos represent who you are today, not an aspirational you or a you who wants to fit into someone else’s mold. Trust me – if you’re 100% authentic, you won’t regret it.

The post What Can I Write to Attract a Quality Person? appeared first on .