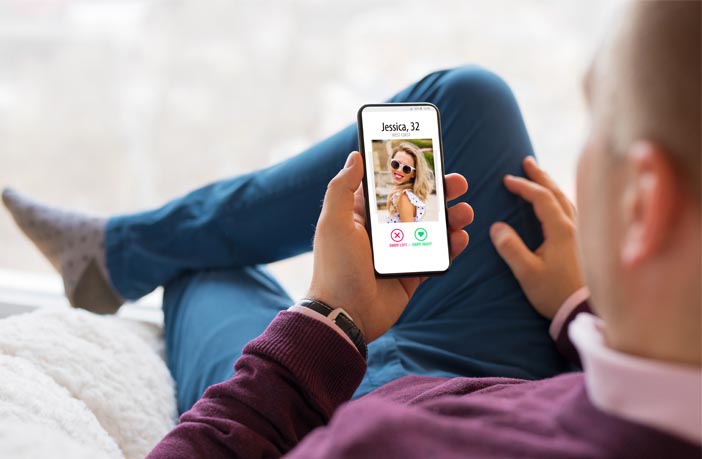 New research provides evidence that Tinder users tend to have a “darker” personality compared to those who don’t use the dating app. The study, published in the Journal of Individual Differences, examined the so-called “Dark Triad” personality traits of narcissism, Machiavellianism, and psychopathy.

“I enjoy studying topics that interest the public and many seem to enjoy learning more about the dating app Tinder. I have prior work on Tinder that focuses on how users show differences than non-users, and the predictors of use of Tinder for mating,” said study author Barış Sevi, a PhD student at the Department of Psychological Sciences at the University of Connecticut.

Previous research conducted by Sevi has found that Tinder users tend to be less disgusted by sexual situations and more likely to engage in risky behaviors related to their health. He has also found that sexual disgust was a predictor of using Tinder for casual sex.

“Lately the Dark Triad of personality has gained attention from many researchers and is reported to be related with short-term mating. Tinder is also known as the ‘hook-up app’ so I thought it’s a given to study the relation between the two,” Sevi said.

The researcher recruited 271 participants via Amazon’s Mechanical Turk and had them complete assessments of dark personality traits and sociosexual orientation. The participants were also asked if they were Tinder users, and those who were completed a separate questionnaire about their motivations for using the dating app.

He found that both male and female Tinder users tended to have more Dark Triad traits and a more unrestricted sociosexuality compared to non-users. In other words, Tinder users were more likely to agree with statements such as “I like to use clever manipulation to get my way” (Machiavellianism), “I have been compared to famous people” (narcissism), and “Payback needs to be quick and nasty” (psychopathy).

But the casual relationships among the variables is still unclear.

“The study used a cross-sectional design therefore we can’t say infer causation from the results. It would be interesting in future research to see if people who are higher on the Dark Triad use Tinder, or does Tinder use also have a part in influencing the users’ personalities,” Sevi said.

The study was titled: “The dark side of Tinder: The Dark Triad of personality as correlates of Tinder use.”