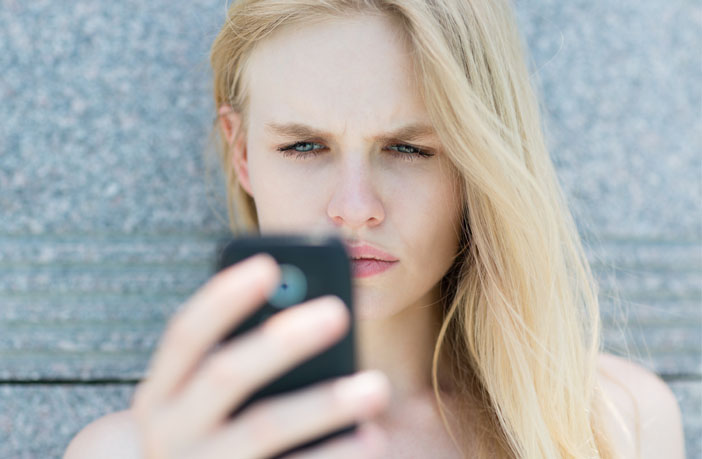 Tinder has been described as a “hook-up app” — but new research suggests that it is not particularly effective at facilitating one-night stands. The study, published in Evolutionary Psychological Science, indicates that Tinder is not causing an increase in short-term sexual encounters.

Researchers from the Norwegian University of Science and Technology were interested in how differences in motivations for using Tinder were related to sexual encounters.

“A prior student, Ernst Botnen (one of the co-authors of the paper) originally came up with the idea of collecting data on Tinder use and other picture-based mobile dating applications,” explained study author Trond Viggo Grøntvedt.

“Maybe the most interesting question was how individual differences in sexual strategies, such as preference for short-term mating, affected the use of this new dating opportunity. We wondered if Tinder was just another mating arena for short-term oriented people, or whether Tinder represented a different mating arena for people who did not succeed in more traditional dating arenas?”

“In addition, there was some public concerns regarding the increase in STD’s and a possible link to the use of dating apps. So how many people actually are successful in acquiring new partners? Is this public concern justified?”

In the study, the researchers surveyed 269 Norwegian university students who were former or current Tinder users regarding their experiences using the dating app.

Only 54 participants reported engaging in one-night stands following Tinder use and the majority of them had only experienced this once.

The findings are in line with previous research, which found that Tinder users tend to have a preference for casual sex — but don’t have more partners than non-users with the same short-term preference.

“We suggest that Tinder use for the majority of users is not very effective for acquiring new sexual partners. Apparently, most people would need a lot of matches in order to attain one meeting, and several meetings to accomplish one new sexual partner,” Grøntvedt told PsyPost.

Using data from their new study, the researchers calculated that it took about 57 matches on average for a user to have one meeting with a potential partner.

“And those relatively few who succeed attaining one-night stands report only one or two extra sex partners. These people also appear to be those most successful accomplishing one-night stands outside of Tinder. Being more accepting of short-term, uncommitted sex appears to be the major predictor for one-night stands following Tinder use and elsewhere,” Grøntvedt said.

“We collected data from a highly gender egalitarian society, and the findings may not easily generalize to other less egalitarian populations or non-western cultures,” Grøntvedt explained.

“However, the sample covers age groups where people date and initiate more committed relationships, and it would be interesting to investigate closer how long-term relationships form with dating apps and if, for instance, they are more or less stable than relationships formed in non-digital settings. We would also like to study predictors and outcomes of Tinder use in middle-aged populations (plus 40).”