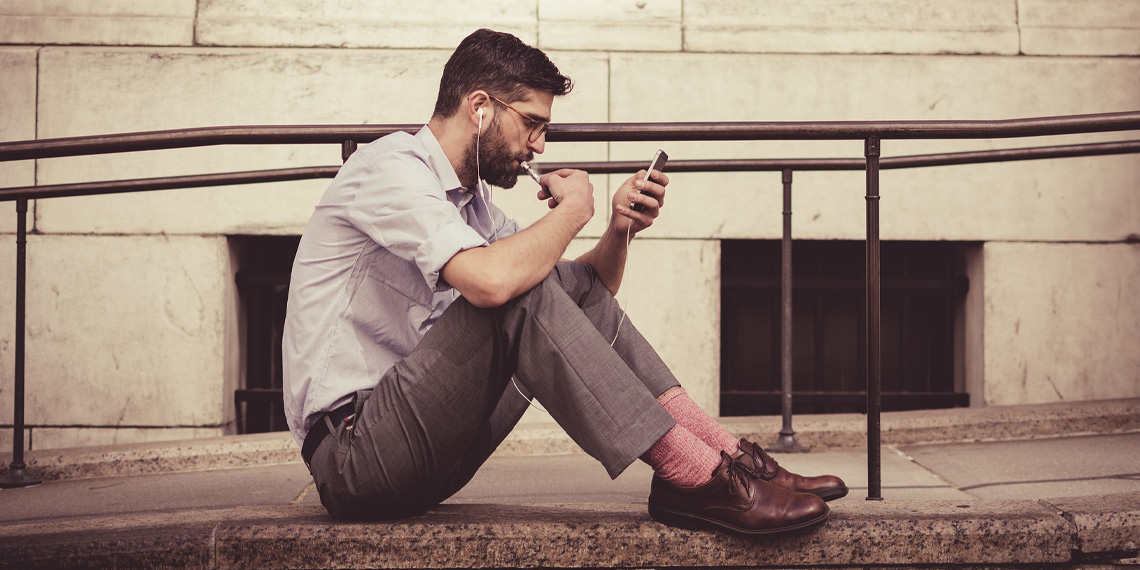 A study published in Cyberpsychology, Behavior, and Social Networking suggests that dating apps are especially alluring for men and women with social anxiety and depression. Despite this allure, dating apps do not necessarily eliminate the dating struggles faced by this population — at least not for men. The data revealed that men with greater social anxiety and depression symptoms were less likely to reach out to matches.

While finding “the one” is no easy feat for anyone, people with mental health issues often find this task especially difficult. In particular, people with social anxiety carry heightened fears of rejection and may withdraw from approaching potential romantic partners. People suffering from depression may avoid social gatherings and miss out on opportunities to meet others.

When mobile dating apps emerged onto the scene, people who tend to avoid in-person socializing likely welcomed an opportunity to meet partners an easier way. As researcher Ariella P. Lenton-Brym and her colleagues say, these dating platforms offer a host of advantages that were likely recognized by people suffering from anxiety and depression. Until now, no study had explored the use of dating apps among this population.

Lenton-Brym and her team conducted a study to explore the extent that social anxiety and depression symptoms are linked to a person’s use of dating apps and their motivations for using them.

The researchers recruited 243 participants to complete a survey that questioned their use of dating apps. The surveys assessed the extent of participants’ dating app use as well as their social anxiety and depression symptoms. Participants were also asked about their motivations for using the mobile dating app Tinder, by rating the extent that they used the app for love, casual sex, ease of communication, self-worth validation, thrill of excitement, and trendiness.

In line with their suspicions, the researchers found that social anxiety and depression symptoms were linked to increased use of dating apps. The motivations for using these apps were somewhat similar among male and female respondents. Among both men and women, greater social anxiety and greater depression symptomology were both linked to a higher likelihood of using dating apps for the ease of communication, for casual sex, and for self-worth validation.

However, the study authors noted an overall pattern whereby women with symptomology were more likely to endorse motivations for using dating apps. For example, only among women was greater social anxiety linked to using the apps for love. Again, only among women, both greater social anxiety and greater depression were linked to using dating apps for the thrill of excitement.

Lenton-Brym and her team say the reason for these gender differences is unclear but may have to do with differences in men’s and women’s social networking use. “It is notable that past research suggests different patterns of internet and SNS use between genders, with women using technology for social communication more so than men,” the researchers remark. “With increased symptoms of SA and depression, women may be even more likely to turn to technology for social connection, especially if alternative forms of social contact are reduced due to social avoidance.”

Another gender difference emerged when it came to the decision to reach out to dating matches. Men with greater social anxiety or greater depression reported being less likely to initiate contact with a match they were interested in. Among women, neither social anxiety nor depression affected their likelihood of being the first to engage with a match — instead, women were unlikely to initiate contact regardless of their symptomology. The researchers say that these findings likely reflect gender norms that expect men to make the first contact in a romantic scenario. These findings also suggest that dating apps do not completely eliminate the hardships associated with dating as an individual with social anxiety or depression.

The study, “Associations Between Social Anxiety, Depression, and Use of Mobile Dating Applications”, was authored by Ariella P. Lenton-Brym, Vincent A. Santiago, Beverley K. Fredborg, and Martin M. Antony.