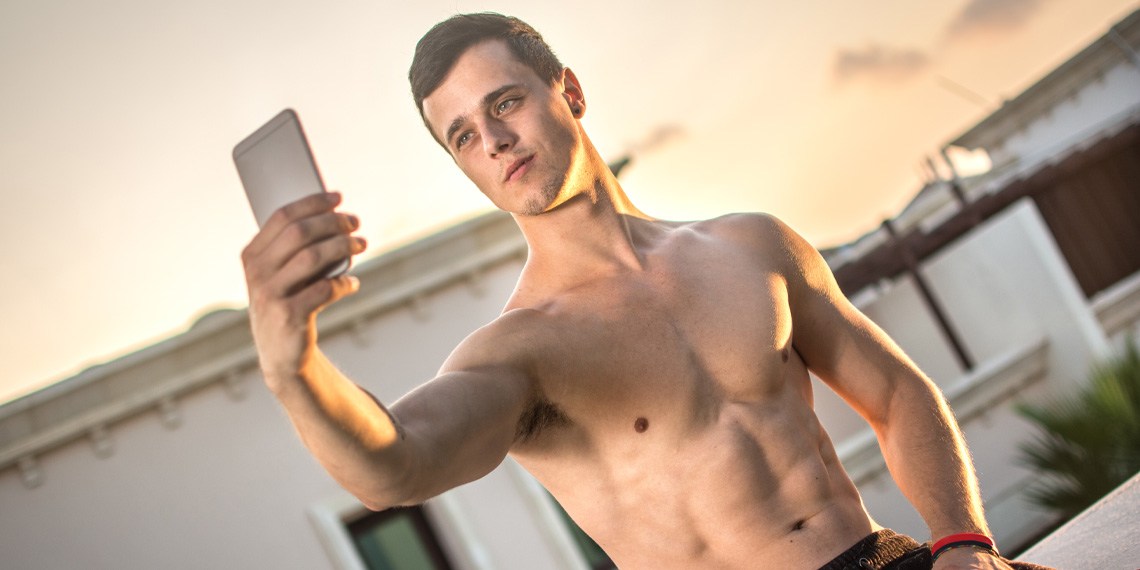 Men who maintain a sexualized presence on dating apps are less appealing to women, according to findings published in Sex Roles: A Journal of Research. The study found that women rated a man lower in competence and more prone to risky sexual behavior when his Tinder profile featured a shirtless photo or indicated an interest in casual sex.

“I’m interested in how sexualized pictures of men and women in the media can impact our attitudes and behaviors. For this study, it was fascinating to consider how a man’s sexy dating profile can impact our reactions to the man and how we judge his positive or negative characteristics,” said study author JoAnna Diekera, a clinical psychology postdoctoral fellow at the University of Colorado.

The concept of sexualization has been defined in a few different ways, but typically includes a person’s sexual appeal being valued above their other characteristics. This can lead to sexual objectification, when a person’s appearance is prioritized over their humanity. For the current study, the researchers considered three different markers of sexualization: skin exposure, muscularity, and interest in casual sex.

The experimental study was conducted among 567 undergraduate students in the U.S. who were between the ages of 18 and 25. About 57% of the participants were women and 43% were men. The participants were randomly assigned to view one of eight mock Tinder profiles, in a between-subjects design. The profiles featured an image of the same man, a White young adult male shown from the waist up. However, the profiles were manipulated so that they differed based on three markers of sexualization.

These characteristics were muscularity (muscular vs. non-muscular), sexualized appearance (shirtless vs. wearing a shirt), and relationship motivation (interest in casual sex vs. a committed relationship). After viewing the Tinder profile, the participants answered various questions about their perceptions of the man, including his physical attractiveness, social appeal, and competence.

Both men and women judged the man as higher in risky sexual behavior and lower in competence when his bio indicated that he was interested in casual sex versus a committed relationship. Women additionally judged the man who was interested in casual sex as lower in social appeal. Both men and women perceived the muscular man to be more attractive than the non-muscular man, but only men rated the muscular man as higher in risky sexual behavior. This may suggest that for women, the muscularity of a man does not serve as an indicator of sexualization.

Overall, the findings reveal that when a man maintains a sexualized self-presentation on his dating profile — either by posting a shirtless photo or expressing a desire for casual sex — he risks being sexually objectified.

The study was limited as it included only one target profile featuring a White young adult male who was considered average in attractiveness. Future studies should explore additional targets with varying characteristics, such as age, ethnicity, racial background, and attractiveness.

“We can’t assume that these findings are relevant to men of other racial/ethnic backgrounds, and other sexual orientations,” Dieker noted. “The man in our dating profile was rated as having average physical attractiveness by viewers, which means more research is needed to determine whether the man’s level of physical attractiveness may influence attitudes. Finally, our target profile and viewers were younger adults in a college setting. Older age may influence attitudes toward a sexy appearance. We still need to address whether older age (of both the profile owner and viewer), sexual orientation, the profile owner’s attractiveness, and race/ethnicity influence reactions to a man’s sexy dating profile.”

The study, “Putting a Sexy Self Forward on Tinder: What Do Viewers Think About Sexualized White Men?”, was authored by Elizabeth A. Daniels, Morgan C. Jerald, and JoAnna Dieker.