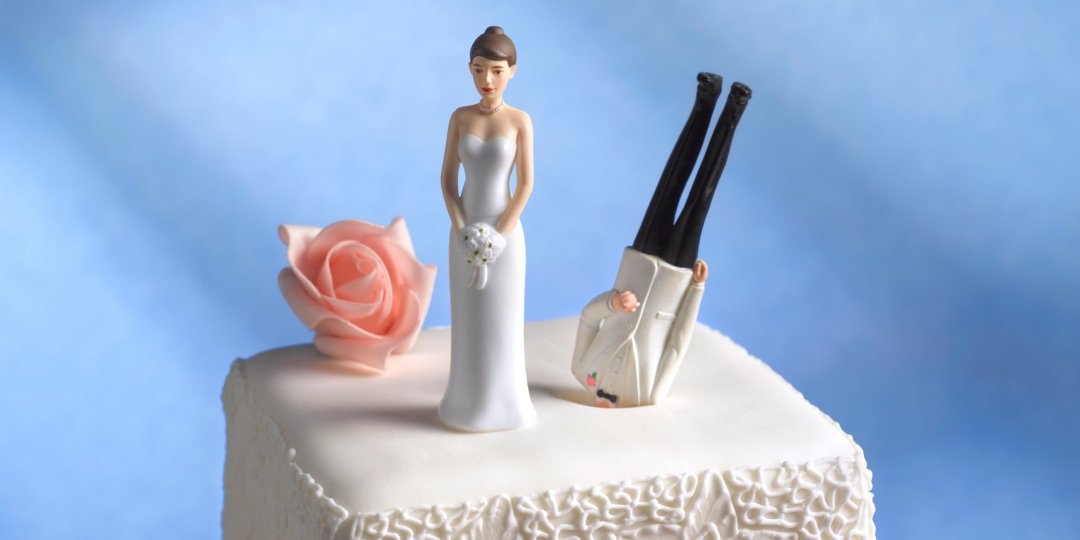 Marriage is a big deal.

And while some people might make too big a deal of it, it’s considered important for a reason.

Not only is the idea of a life-long union between two people one that’s been in human societies for millennia — even if ideas on what it looks like and why it happens have shifted — it’s also deeply entwined with both love and sex, two things that have near unrivalled power to impact human emotions.

In short, marriage is a site of almost unimaginable meaning within the human experience. But despite the importance of marriage culturally to human society, any marriage is first and foremost about two people — the ones getting married.

RELATED: Top 10 Reasons to Get Married

And yet, every day, people get married to other people for bad reasons, kicking off a complex chain of events that will lead both of them to incredible sadness and any number of a host of other negative outcomes.

Some of these people, certainly, will look back on their decisions to get married and wonder why they went ahead with it — and maybe they’ll wonder why no one stopped them.

If you’re in a long-term relationship now and considering getting married, consider this article someone trying to stop you. I’m not anti-marriage by any means, but if you’re serious about this person you’re in a relationship with, none of the below reasons not to get married will apply to you.

10 Things You Shouldn’t Get Married For

Don’t Get Married for Money

This one seems easy — after all, historically, men usually could make their own money and didn’t have to be married off into a rich family. So there’s a decent chance you’re not in a position where you’re considering marrying for money.

But as a reminder — marrying for money is a depressing way to approach a decision of this magnitude. You’ll find yourself feeling like a leech, you’ll never be able to experience genuine intimacy with your spouse, and if the money ever evaporates for whatever reason, you’ll feel pretty stupid.

Don’t Get Married to Have Sex

Particularly if you’re religious, you might see marriage as the only way you can get sex. And while it’s not my place to tell you that your beliefs are wrong, from where I’m standing, there’s absolutely nothing inherently wrong with having sex outside the confines of a government contract.

But apart from all the tropes about married sex only getting worse over time — which are certainly true for many couples, but aren’t a reflection of some natural law, only that people often approach their married sex lives in a way that sets them up to fail — sex is fun and exciting, but it’s only a tiny fraction of your time on this planet, while marriage can take up an enormous amount of it. You don’t need to be a mathematician to see that it’s a bad idea to make a massive life-altering decision just for a little action.

Don’t Get Married Just to Throw a Lavish Wedding

Weddings. Maybe you’ve heard of them? From the outside, they can seem like the most glorious, glamorous day of a person’s life. And you know what? They often are. But they’re also unbelievably expensive, extremely complicated and stressful to plan, and over the next day.

RELATED: How to Plan Your Wedding

You can get married without a wedding, and hell, you can even have a kickass party to celebrate your relationship without it being a marriage. As with sex, don’t make a lifelong decision based on wanting something that’s only a tiny fraction of that time.

Don’t Get Married to Impress an Ex

If you went through a tough breakup, it’s only natural that your ex-partner’s still on your mind. And it can feel really good to finally find yourself in another relationship before your ex does — or a relationship that seems better than your ex’s, with someone more impressive than your ex is now dating, etc. Even if it’s petty, it’s only natural to take a little bit of pleasure in situations like this.

What’s less valid is letting that feeling of one-upping an ex go too far and leading to an actual marriage with your next partner. Apart from the concern of it being a rebound relationship that you’ve now cemented into a very legally binding situation, it’s shitty to your current partner. How would you feel to learn you were only getting married because your partner wanted to show off to an ex?

Don’t Get Married Because Your Family Wants You To

For much of its history, marriage involved the decision-making of the couple’s parents to a significant degree, and in many cultures that’s still the case.

But agreeing to a marriage you’re skeptical of, indifferent to or outright against simply to make your family happy is a surefire way to find yourself resenting both your partner and the people who talked you into marrying them. If the marriage doesn’t make sense to both of you, it doesn’t make sense, period.

Don’t Get Married Because It’s ‚Expected‘ of You

Societal expectations play a big role in our decision-making. Humans are social creatures, and there wouldn’t be any such thing as ’society‘ if we didn’t care about what other people thought of us at least a little bit.

But even without explicit pressure from friends or family, sometimes people perceive a pressure to do something coming from society at large. It’s one thing to wear shoes because everyone you see on the street wears shoes; it’s another thing entirely to get married because you perceive it as the normal and natural thing to do, even if you and/or your partner have some misgivings.

Don’t Get Married Because Your Partner is Pressuring You

Relationships are complicated. And it’s understandable to want the security of a marriage — particularly if other people are putting the pressure on you. But that’s not a great reason to start passing that pressure on to your partner.

If you really love your partner, rather than simply give in you’ll talk to them honestly and openly about what it is you want. That’s not being a jerk — that’s having healthy healthy boundaries. If marriage is really the right path for you, it’ll happen in a way that makes sense for both of you — not with one of you being dragged into it.

Don’t Get Married to Keep Pace With Your Peers

Peer pressure is more than getting bullied into trying drugs and alcohol when you’re a teenager. It’s a very real and powerful force that pushes far too many people to do things they’re unsure of out of a misplaced desire to fit in.

It’s never a good idea to compromise your moral code, ideals or general approach to things just to be able to say you’re the same as other people you know, but it’s an extra bad idea when it involves signing a lifetime contract. There’s nothing wrong with supporting your married friends and family as a single person or someone in a long-term thing that’s not been overseen by a judge or a religious figure.

Don’t Get Married Because of a Few Good Months

Is there anything more romantic than being in the honeymoon period of a relationship? Arguably, no. But what’s so great about the early days of being in love — the feeling of bliss you associate with the other person — can easily lead someone to mistake the honeymoon period for the way it’ll always be.

Relationships change over time, and rolling the dice on the first few months of your time together being a representative sample of how you’ll always feel is a losing bet. If the love is real, it’ll still be there down the road, when you’re ready to make a big commitment.

Perhaps you’ve heard the phrase „shotgun wedding“ before? Whatever its etymology, the idea of two people getting married hastily as a result of an unplanned pregnancy is one that’s been around for a while.

But times have changed, and the idea that people need to be married before they have a kid together is a thing of the past. There’s no reason you can’t have a happy relationship or be good, loving parents without exchanging rings and vows, and not rushing into it means you can take your time and tie the knot if and when you want to.

But if you jump to get married out of a sense of duty to an archaic ideal, you’re putting the hypothetical desires of an unborn child over what makes sense for your relationship.